When it comes to choosing the correct battery for your needs, there are a lot of considerations to make. LiFePO4 and lithium-ion batteries are popular choices, but which is the better option? This article will compare these two battery types in terms of their performance, environmental impact, and cost to help you make an informed decision when choosing between LiFePO4 vs lithium-ion batteries. 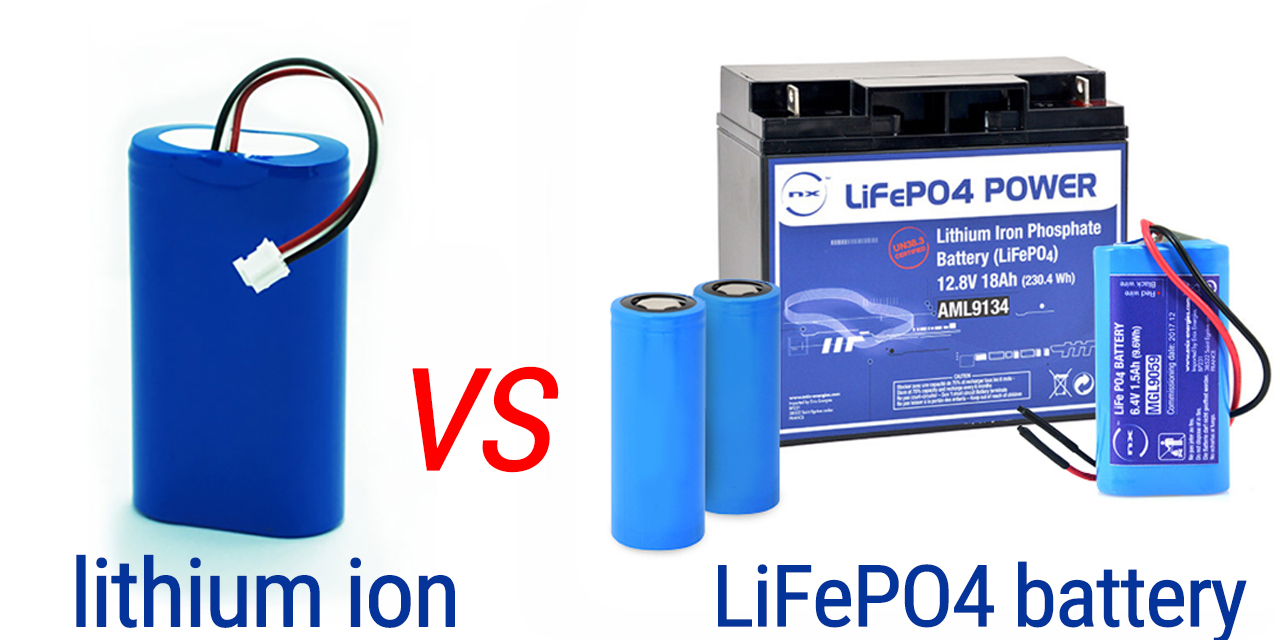 History and development of lithium-ion batteries

The history and development of lithium-ion batteries began in the 1970s with actual work by scientists on the technology. In 1985, Akira Yoshino developed a prototype of the modern Li-ion battery, which used a carbonaceous anode instead of lithium metal. This was commercialized by a Sony and Asahi Kasei team led by Yoshio.

In the late 1970s, a team of global scientists started developing the lithium-ion battery, which was later used in consumer products such as mobile phones and laptops in 1996. Goodenough, Akshaya Padhi, and coworkers proposed lithium iron in the 1990s.

In 1991, Sony commercialized secondary Lithium-ion batteries for rapid growth in sales and benefits compared to rechargeable battery systems. Alessandro Volta invented the first actual battery in 1800, made of copper (Cu) and zinc discs stacked together. Since then, there has been remarkable progress made with lithium-ion batteries.

At the anode, neutral lithium is oxidized and gives up its single electron as it travels toward the cathode. Meanwhile, at the cathode, oxygen molecules accept these electrons and combine them with lithium ions to form molecules of lithium peroxide. This process is reversed when the battery recharges: oxygen molecules break apart and release electrons and lithium ions, which travel back to the anode. This cycle of charging and discharging allows lithium-ion batteries to provide a steady power source.

Lithium-ion batteries offer a variety of advantages over other types of rechargeable batteries. One of the main benefits of these batteries is their high energy density, which is one of the highest in the rechargeable-battery market at 100-265 Wh/kg. This allows for a longer charge time and higher power-to-weight ratio than other types of batteries.

Additionally, these batteries have a long shelf life, estimated at 5-7 years at 68°F/20°C. They also have high energy efficiency and low self-discharge rate. Furthermore, lithium batteries have a higher depth of discharge than other battery types. All these characteristics make lithium-ion batteries an attractive choice for many applications.

History and development of LiFePO4 batteries

Whittingham proposed using lithium in batteries in 1976 while he was an engineer at an American oil company. In 1996, John B. Goodenough’s research group at the University of Texas published their research on LiFePO4 as a cathode material.

Subsequently, the technology has been further developed and improved, leading to fast charging, more considerable autonomy, lighter batteries, and lower cost. Moreover, polymer electrolytes have allowed for greater design freedom and higher energy density. Today, LiFePO4 batteries are used in various applications due to their low cost and long lifetime.

The benefits of LiFePO4 batteries over other lithium-ion batteries include their ability to operate in a wide temperature range, making them suitable for various applications.

In addition, LiFePO4 batteries offer a high discharge capacity of nearly 100% versus 80% for lead-acid batteries, meaning fewer charge cycles are needed. Recent independent degradation tests have also proven that LiFePO4 chemistry is safer and has a longer lifespan than other lithium batteries. All these benefits make LiFePO4 batteries an ideal choice for portable and stationary applications.

Comparison of lithium-ion and LiFePO4 batteries

Finally, the life cycle climate and cost impacts of both batteries should also be considered when comparing. Lithium-ion batteries tend to have a more significant environmental impact than LiFePO4 batteries.

Applications of lithium-ion and LiFePO4 batteries

LiFePO4 batteries are also becoming increasingly popular due to their lower cost and cobalt-free construction. They are often used in boats, solar systems, and vehicles such as plug-in hybrids and all-electric cars. LiFePO4 batteries also have advantages over lithium-ion batteries, such as higher thermal stability and longer life cycle. Both batteries should not be disposed of in domestic garbage or recycling bins and require special recycling facilities for proper disposal.

After reviewing the key points of comparison between lithium-ion and LiFePO4 batteries, it is clear that the two technologies have distinct advantages and disadvantages. Lithium-ion cells are more energy-dense, have a higher power output, and are more cost-effective than LiFePO4 batteries. However, LiFePO4 cells have a longer lifespan and are safer than lithium-ion batteries. Depending on the application, either technology may be more suitable. For example, you need a high power output and don’t mind replacing the battery every few years. Lithium-ion batteries could be the better choice. However, if safety is paramount or you require a longer battery life, LiFePO4 cells may be the better option.

Can Electric Bikes Work Without Battery?

How to choose a 32650 lifepo4 battery manufacturer in 6 steps?
Scroll to top